BRP
Big River Paranormal TV, News, Internet Video Appearances
2022
Rob Holmes who has a YouTube channel, Veterans AAR came to the Old Idaho Pen for one of our investigations and this is the video he did from that night. Be sure to visit his channel for other interesting content.

Ghost Hunt 4 Old Idaho Pen
​www.youtube.com/watch?v=nncvtdrgDUk
2022
In June we were joined by a journalist and videographer from the Idaho Statesmen. It was a pleasure having you with us. Below is the article and HERE is a link to the video.

The Old Idaho State Penitentiary in Boise was in operation from 1872 to 1973. The facility is open frequently forpublic tours, including ghost tours.

Outside the Old Idaho Penitentiary, a strange tapping comes from the gallows. Timidly, visitors walk upstairs to search for the sound. Here, at the prison-turned-museum at night, everyone is a shadow — it’s dark on death row.

The paranormal investigation this month was part of several programs, led by the Idaho State Historical Society, to commemorate the 150th anniversary of the penitentiary.

For 12 years, volunteer group Big River Paranormal has held investigations on the grounds. Proceeds support the Old Idaho Penitentiary’s fundraising efforts. Visitors across the country come to these investigations to explore the allegedly haunted prison from the Wild West.

“They sell out every time,” Jacey Brain, visitor services coordinator at the Old Idaho Penitentiary, told the Idaho Statesman. “I can say that without exaggerating.”

The penitentiary incarcerated inmates from 1872 to 1973. Since 1974, it’s been a historic site that has piqued the interest of Idahoans and tourists alike.

Over the years, the public has developed a taste for tourism in abandoned places, as well as a curiosity to know what’s lurking in areas that we can’t see, Brain said.

Paranormal investigations, particularly at historic sites, are an untapped market in Boise, Brain said. And as witnesses to executions, disease, suicide and murder, every location on the grounds has a story behind it, he added.

The program’s storytelling approach, which carefully and thoughtfully tells the stories of the people who were incarcerated on the grounds, helps the program stand out, Brain said.

WHAT THE INVESTIGATORS WANT YOU TO KNOW

Before the investigation, everyone gathered in the penitentiary’s old shirt factory for an orientation. Old and young faces, hand-holding couples, and brightly colored hairstyles stood out in the crowd.

“This location’s haunted, so it’s a good one,” said Marie Cuff-Johnston, executive director of Big River Paranormal. But she reminded the group that the paranormal doesn’t perform on command.

Cuff-Johnston has led Big River Paranormal for 19 years. A seasoned veteran of paranormal investigations, she had plenty of advice to share: “You don’t have to whisper,” she told the group. “And if you get scared, don’t run.”

Lead investigator Kimberly Lopez-O’Donnell has been with Big River Paranormal for three years. She started investigations in her 20s and is motivated by history.

“There’s so much we can learn from the past and apply to the future,” Lopez-O’Donnell told the Statesman.

The penitentiary has a lot of dark history that we can learn from, she added. Though she asked that participants go into investigations with an open mind, she welcomes skeptics.

AN INSIDE LOOK AT A PARANORMAL INVESTIGATION

The investigation began in Cell House 5, the maximum security building. With death row, built-in gallows and a drop room, it’s fit for a potential haunting.

“Get comfortable,” Lopez-O’Donnell said as the group stepped in.

Lopez-O’Donnell asked for five minutes of quiet time — for the spirits to get acquainted with the group, she said. Everyone took a seat on the cool cement floor.

Some people looked around nervously. Others seemed confident, almost bored. The room echoed with everyone’s fidgeting, and it was hard to get true silence.

When time was up, Lopez-O’Donnell placed a few gadgets on the floor, which beeped and changed colors intermittently. She led with relaxed confidence, asking questions like:

“Can you tell me your name?”

“Do you want to come hang out with us down here?”

The group tried to identify sounds in the room. People noted a tapping from upstairs, a persistent squeaking, a rustling.
Someone snapped a selfie, and a Big River Paranormal staff member said to check the picture for shadows. Another participant jolted up, and said he could hear someone in the cell behind him run their hands through the bars.

Lopez-O’Donnell encouraged us to pay attention to it all. “The greatest tool you’ve got in your arsenal is yourself listening,” she said.

Searching for the source of a mysterious tapping, the group headed to the second floor of Cell House 5. Here, death row sits directly across from the gallows — a reminder of each inmate’s imminent future.

But only one person was actually hanged in Cell House 5: Raymond Snowden. In1956, Snowden stabbed a woman to death over an argument about cab fare. Before his execution, he admitted to murdering two other women.

He was executed in 1957. The fall failed to break his neck immediately, and this, some in the group said, caused him to stick around.

Lopez-O’Donnell asked out loud, to Snowden: “Is that true? Do you want to tell us about it?”

No response. Snowden, if he was there, had nothing to say.

WHAT DRAWS PEOPLE TO THE PENITENTIARY

Paranormal investigations are limited to 50 people to make it an intimate and worthwhile experience, Brain said. Once a year, the age limit is relaxed from 18 to13.

Last Saturday’s event, which cost $35, was a full house. Attendees arrived a few minutes before sunset and could stay on the grounds until 2 a.m.

Jim and Val Caywood were new to the world of paranormal investigations. They’re from Cleveland and came to the event at their daughter’s recommendation.

They said that when their daughter visited the penitentiary, she felt someone touch her ear — it felt like a tingle. And their daughter’s husband heard a screamin the laundry building.

Jim said he would rather not be touched by anything on this night.

He’s open to the idea of the paranormal but hasn’t been convinced by anything he’s seen so far, he said. The event might become more interesting the darker it gets outside, he added.

Another first-time investigator, Mark Allen, came to the penitentiary because someone in his friend group bought tickets.

As a kid, Allen hung out in a neighborhood cemetery with friends, which influenced his curiosity, he said. Sometimes he believes in the paranormal, and sometimes he doesn’t, Allen added.

“There’s a lot of heartache for the people who were here,” Allen said.

The investigations encourage the public to explore and understand the history of the site, Brain said. In all its programming, the Old Idaho Penitentiary aims to tell history in a respectful way, Brain said.

With art shows, film competitions, guided tours, and even a day celebrating the penitentiary’s mascot
Dennis the Cat , the Old Idaho Penitentiary has ramped up its programs and museum exhibits for future guests.

“We’re really excited to be able to continue telling stories to folks as they visit,” Brain said.
2021
Captivating Conversations
Q & A at the Old Idaho Pen
10-8-2021
KBOI Channel 2 News
Is this Meridian Home Haunted?
Marie was interviews for this by Brian Morrin. He had some interesting activity in his home.
Here is a link to the story:
https://idahonews.com/news/local/is-this-meridian-home-haunted-before-you-answer-watch-the-video
​2-7-2021 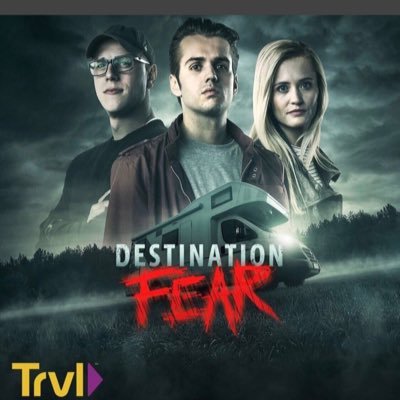 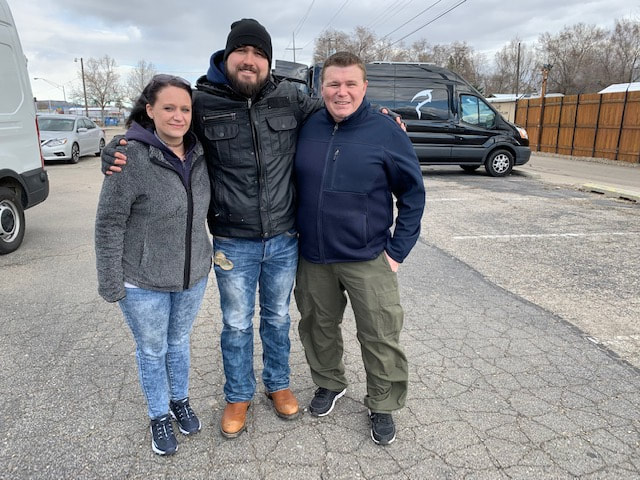 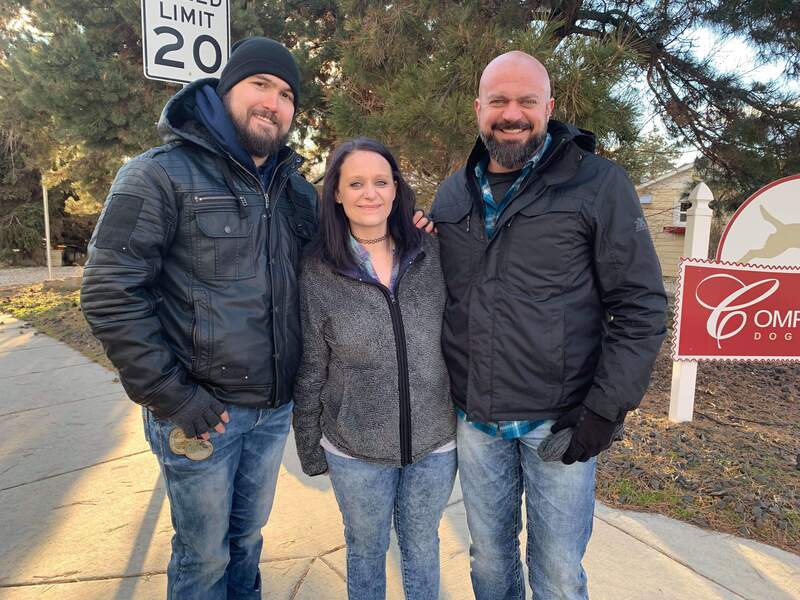 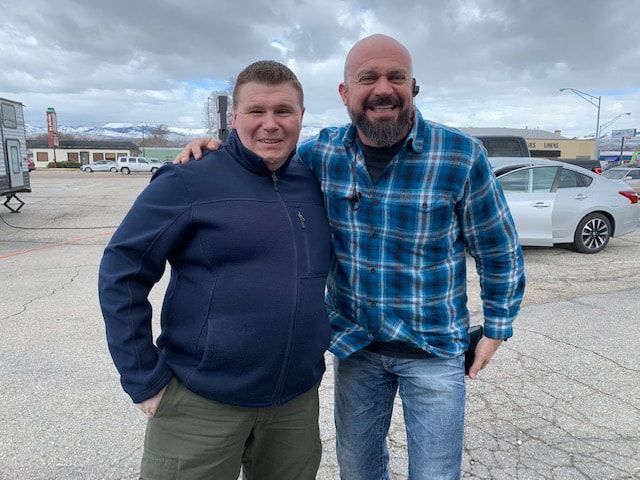